In case you have been living under a rock, let us break the news for you- Monolith is out, and now most internet companies have moved towards microservice architecture including Netflix, Uber, Amazon, and Apple.

There were many reasons for the shift, but the most important one was that monolithic is a big autonomous unit and handling it becomes more difficult by the day as the monolith grows bigger when you add new functionalities. Even the smallest change or bug fix requires a complete re-coding and re-deploying of a new version of the application. With microservices, all the processes get simplified, scalable, and streamlined as all the functionalities are divided into independent units.

When we focus on the industry disrupting companies like Airbnb, Uber, and Netflix, we see organizations that are continuously building custom software to get a competitive edge. In fact, many of the companies are not even core technology companies. Instead they use software to provide unique offerings. The results, as we know, drive great revenue for the companies.

Why Microservices Is A Better Option For Breaking Down Monoliths

Even with all the various open source tools and products, maintaining and deploying applications on the cloud is still difficult and time-consuming. Since most of these companies were launched over six to seven years ago, they had no other option but to create their own cloud platform on raw infrastructure.

Let’s discover how companies like Netflix, Uber, and Amazon are moving towards microservices:

In 2009, when Netflix started to migrate a monolithic infrastructure to a microservices one, the term ‘microservices’ didn’t even exist anywhere. Working on a monolithic architecture was proving to be difficult for the company with every passing day and the service would have outages whenever Amazon’s servers went down. After moving to microservices, Netflix’s engineers could deploy thousands of different code sections every day.

Forced to write their own entire platform on the cloud, the company has been pretty open about what they learned with the move, and they have even managed to open source many of the components and tools to help the community. Though Netflix hasn’t put up their entire platform code on Github, which could also help new companies. Overall, moving to microservices was incredibly beneficial for Netflix, and it has led to decrease their application’s downtime to a large extent.

Back when Amazon was operating on a monolithic architecture, it was difficult for the company to predict and manage the fluctuating website traffic. In fact, the company was losing a lot of money as most of the server capacity was being wasted in downtime. Back in 2001, Amazon’s application was one big monolith.

Even though it was divided into different tiers and those tiers had different components, they were tightly coupled with each other, and they behaved like a monolith. The main focus of the developers was to simplify the entire process, and for that, they pulled out functional units from the code and wrapped them in a web service interface. For instance, there was a separate microservice was calculated the total tax at check out.

The company’s move to Amazon Web Services (AWS) cloud for microservices helped them scale up or down according to the traffic, handle outages better, and save costs as well. Since microservices allows to deploy code continuously, engineers at Amazon now deploy code every 11.7 seconds.

Just like any other startup, Uber too started with a monolithic architecture for their application. At that point, it seemed cleaner to go with a monolithic core since the company was just operating in San Francisco and only offered the UberBLACK option to users.

But as the ride-sharing startup grew multi-fold, they decided to follow the path of other companies like Amazon, Netflix, and Twitter and moved to microservices. The biggest advantage of migration was, of course, the fact that each microservice can have its own language and framework.

Now, with more than 1300 microservices, Uber focuses on applying microservices patterns that can improve scalability and reliability of the application. With so many microservices, a big focus is also on identifying the ones that are old and not in use anymore. That is why the team always ensures to decommission the old ones regularly.

While its natural for new companies to take the monolithic-first approach because its quick and you can deploy quickly as well, over time, as the monolith gets bigger, breaking it down into microservices becomes the most convenient solution. 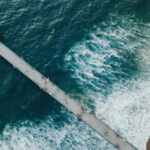 5 Reasons Why You May Want To Stick With A Monolithic ArchitectureMay 2, 2019
Why Technology Modernization?July 2, 2019 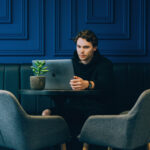 It can be rather challenging for legacy monitoring tools to monitor ephemeral and fast moving environments like Kubernetes....

Microservices Best Practices You Should Know

Microservices Best Practices You Should Know

A new trend that we see in DevOps teams is the adoption of microservices, where big and complex applications are broken down...

This site uses Akismet to reduce spam. Learn how your comment data is processed.