What is Docker and what is it for

Home What is Docker and what is it for

Docker is transforming the way software is developed, distributed, and run. The advantage: we can encapsulate the entire environment to put it into production with the same characteristics.

Docker is one of the best known and most used projects in virtualization issues. Far from being an operating system as such, this open-source platform makes use of the resource isolation functions of the Linux kernel to be able to give rise to independent containers, within which a single application will be executed with its respective dependencies, but always running with a single kernel, that of the real machine, instead of virtualizing one for each container or virtual machine.

What does Docker do?

To understand why Docker is so valuable to software developers, you must first understand how Docker brings (or doesn’t) make changes when developing and deploying software.

In most companies, software development, deployment and delivery is a process with several distinct steps:

From a development and deployment point of view, containers can do everything virtual machines do, but better.

The only part of the Docker container software development process that really makes a big difference is the last step.

Containers do not necessarily mean a change in design or code programming (although in some cases migrating legacy software to containers requires some modifications so that the app can run as a set of microservices). Containers also don’t fundamentally change the way applications are tested, although they do make it easier to maintain a consistent testing environment. However, the tools for testing are the same.

But when it comes to packaging and deploying an application from development to production, Docker instances make a big difference. They allow developers to put the app inside a container, which is an easily portable software-defined environment. 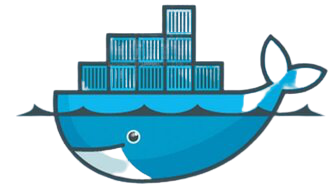 The differences between Docker and virtual machines

Although they resemble the classic virtual machines by their nature, we are talking about something more advanced because they offer us greater efficiency and simplicity.

The containers’ portability reduces the problems caused by changing the environment where the application is running to a minimum.

If the virtual machines want to simulate an environment different from ours, the Docker container focuses on creating the application and that all the content can be easily ported.

What Is The Docker Hub?

It is a repository of docker container images where the different containers that the community has published can be shared with the community.

When Is It Advisable To Use Docker?

The benefit of using Docker

Docker technology is a benefit for both developers and administrators. On the one hand, developers can focus on developing the application code and forget about its infrastructure. Simultaneously, system administrators can standardize the systems they have to control and reduce their consumption. However, everything is done at the same point in an orderly manner.

All this process, and through the use of images and containers, allows us to manage our infrastructure in the same way that we managed applications.

Also, Docker allows us to separate the applications from the infrastructure, and thus we can deploy our software in a much faster way. All this reduces the time to put the applications into production.